Create automated models that weave together humans and machines to process data in a pipeline architecture – a series of nodes, where each node’s output is the input of the next one.

Your data can be filtered by any criteria, split, merged, and change status in the process.

Altogether, Dataloop’s pipeline can
🗸  facilitate any production pipeline
🗸  preprocess data and label it
🗸  automate operations using applications and models
🗸  postprocess data and train models of any type or scale at the highest performance and availability standards 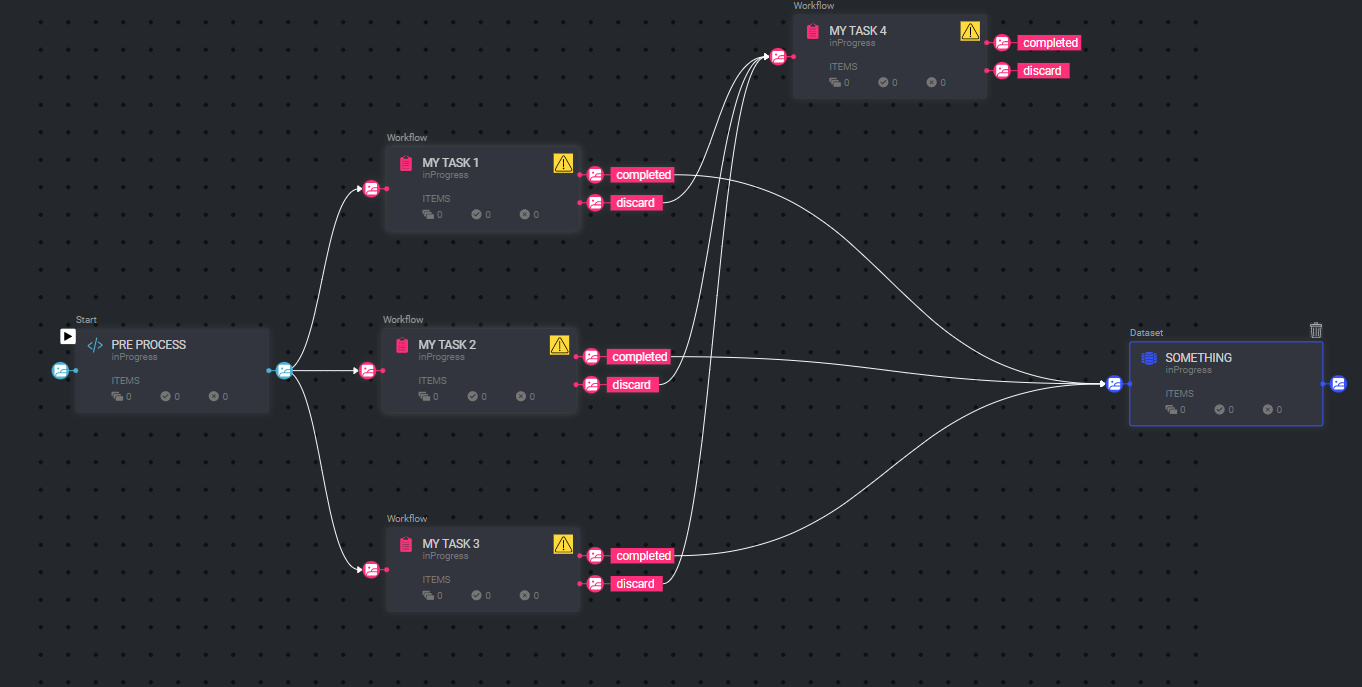 We use our own and third-party cookies to understand how you interact with our documentation. This helps us show you more relevant content and ads based on your browsing and navigation history.